We are busy little bees.  Our boy is growing and changing so fast and our little family stays on the go.  We have so much going on right now.  Work is busy as ever for us both and we have lots of upcoming trips and festivities planned.  We were really sidelined last spring with me being pregnant so we are so excited about getting out and enjoying all the fun stuff around Bham this time of year.  Spring is my favorite.  Lots of birthdays, music festivals, art events, etc.  We are lucky to have my mom and stepdad who take Ritter for overnights so we can have dates.  We’ve been able to take in some awesome shows and they will be keeping Ritter for TWO nights in may for us to go on our annual camping trip to Dega.  Not sure how I’m gonna handle two nights away from him yet.  We also have a big family beach trip planned with my parents, sister, her husband, and new baby …we are even doing family pictures on the beach which we’ve never done.  So that is super exciting.  And later this summer Eric and I get to resume our annual trip to NOLA with some of our best traveling buddies so we are super pumped about that.  All in all, good things.

I am ashamed this post is so late and is going to be so brief.  There’s not a ton to report at our 8 month update.  Ritter still isn’t showing any interest in crawling and still hates being on his tummy.  He will tolerate it a little bit if he falls onto his tummy when reaching for something, but after a few minutes will flip himself back over.  He isn’t pulling up or trying to crawl.  He does a funny little swimming motion on his belly and tries to scoot but doesn’t really get anywhere.  I’m trying not to compare him to other babies as I know the developmental stuff is different for all of them.  And he’s HUGE.  He hasn’t been weighed in a couple of months but given my recent trip to the chiropractor for my crazy back/neck issues from lifting him, I’d say he’s pushing 30 pounds.  He seems to be much much longer too.  Maybe he’ll be tall like my daddy and my brother.  He may not be blazing up the charts developmentally but intellectually I think he’s gonna be a smartie pants.  Just the little things he does and picks up on is crazy.  He inspects everything and seems interested in everything and we are constantly telling him what everything is and saying words over and over.  He has started uttering “Uh Oh!!” all the time and it’s so cute.  I say it alot when he drops his paci so he’s obviously picked it up.  We say “love you” alot to him and he’s started babbling something like the vowel sounds “uv ew” and it’s ADORABLE! He’s drinking water from a sippy cup now and tries to hold it himself and it’s so cute..he just doesn’t get the fact that he has to turn it up.  He bends down and puts his mouth on it and sucks and nothing comes out.  I see lots of babies holding their own bottles at his age – not Ritter.  He is totally content to let you do that work for him.  ha.

He’s still super chill and loves people.  He’s been going through the 6th mental leap (see Wonder Weeks) over the last few weeks.  It hasn’t been HORRIBLE like some in the past but it’s had its moments.  He’s still sleeping through the night great, however he has been waking up exactly 1 hour earlier for about 3 weeks now and nothing we do makes him go back to sleeping til 7:30.  He wakes up at 6:30 like clockwork.  The book says they will wake early during this leap so we are trying to ride it out – but I miss sleeping til 7:30-7:45 on the weekends.  He’s not waking up unhappy, he’s just in there awake…usually playing with his lovie and cooing.  I was freaked out at first that it would throw off the rest of the schedule but naps have been okay.  The biggest thing we’ve noticed about this one is the fussiness.  It’s not all the time but he’s much more demanding than usual.  If we are out and about he’s still super chill but at home he needs constant entertainment or he’s squealing at the top of his lungs.

We took our first trip to the zoo last friday with Cin Cin, Lindsay and the kids.  It was so fun.  He just took everything in and grinned at everyone who showed him attention.  He sure does love attention…wonder where he gets that?!?  I forgot my camera (shame shame) but I got a few cute pics on the phone of the zoo trip.

That’s about all I got.  Here are some recent photos and videos! 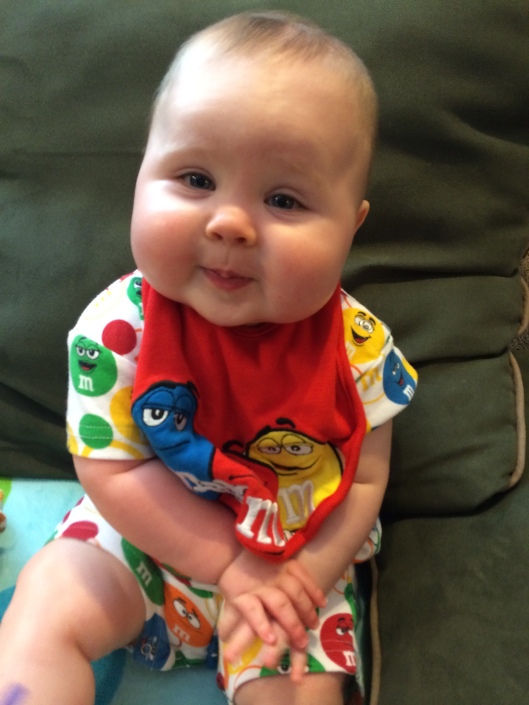 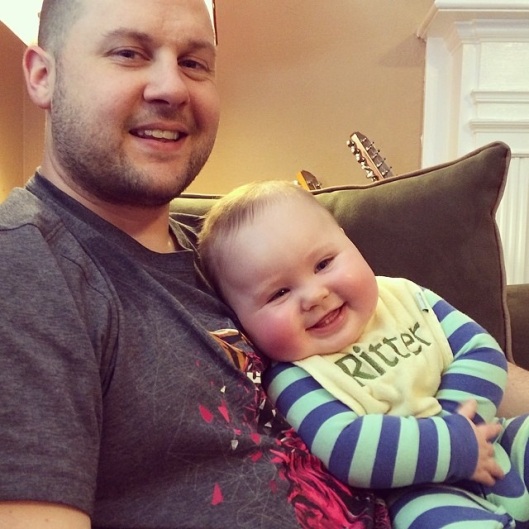 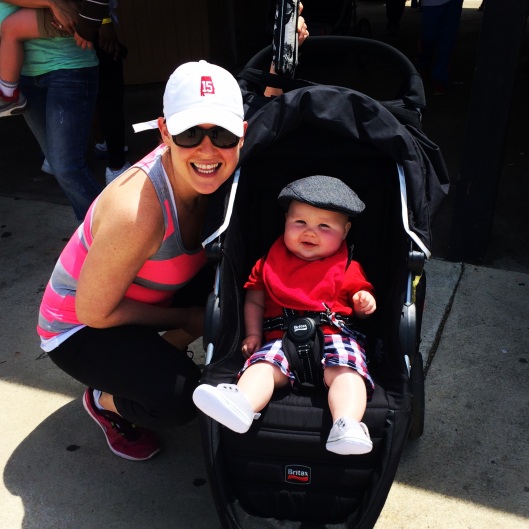 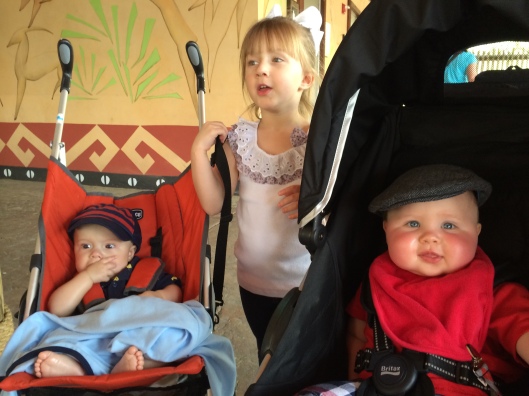 And here is that super awesome laugh again…