This one is pretty darn easy…

I have one house in mind but I’ve never seen the inside.  It’s in my neighborhood and I run by it all the time.  It was probably built in the early 1900s.  It looks like a cottage you’d see out in the English countryside surrounded by wildflowers.  It’s so quaint and cozy but seems to have alot of room.  It was on the market for a while and the new owners have done alot with it…especially the yard.  I could NEVER afford it but if it ever goes back on the market I’m going to make an appointment with the realtor like I’m interested…just so I can see the inside 🙂

I tried to find a pic of it online to add here but couldn’t so I used google maps and did the street view and took a screen shot which I’ve attached.  It was taken before the new owners spruced it up and you can’t see alot of it because of that damn tree.  But you get the gist.   I’ll try to take an pic today with my phone and add later… 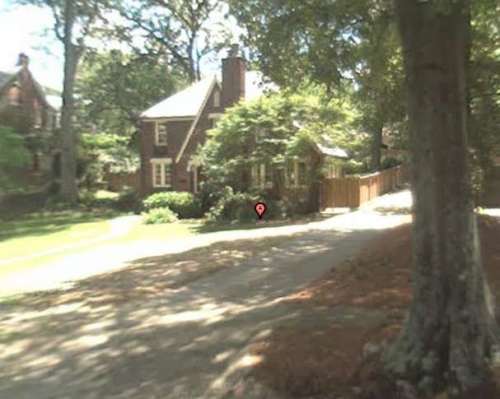 Overall, though, here’s what I envision in my dream home…

3)  it’s been renovated enough to have the functionality of today’s homes but still has the feel and charm of the year it was built – i.e. they have restored it to look similar to what it did in that time period…not alot of people do this.  They go in these homes and gut them and when you walk in your feel like you are in some brand new subdivision out in the suburbs because they’ve used the same tile and granite counter tops and cabinets that EVERYONE is using these days.

6)  it has a decent size kitchen

8)  it has hardwood throughout

9)  low ceilings – I hate vaulted ceilings and rooms that echo.  I love a cozy room!

10)  I want built in bookshelves along an entire wall of one room…like a library! 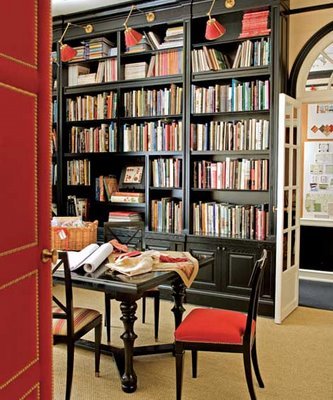 11) I know closet space is rare in older homes and I’ve done a good job at adapting in the little bungalow I live in now…but if I could ask for one more thing it’d be a decent closet or finished basement for storage.