So when I started to look at pics for this blog I was originally looking at pics taken in college but then I realized it said OVER 10 years ago which could mean anything prior to age 20.  So that, of course, was before the digital age and those weren’t on my computer… so I busted out the old photo books and shoe boxes and began scanning.  I sat in the floor and laughed my ass off and decided there were just too many that I wanted to share …sooo…I’ve decided I’m going to be scanning more and will create an Old School photo album on FB.  Be on the lookout for that in the near future.  Anyhoo…here are a few that I selected.  I couldn’t pick just one.  I’m AMAZED at how much I’ve changed.  Not just in appearance (which is pretty dramatic), but also in my whole approach to life and health and everything.  But that’s the way it should be right?  Change is good…very good in my case…why the hell was I so freaking pale?  I swear that’s why I’m obsessed with the tanning bed now…

So Photo Number 1 :::  When I first moved to Montevallo Angel Anders was my partner in crime.  She was one of the first people I met and we pretty much tore up the town that summer.  Here is a pic from one of our many outings.  I believe I was 20…but I also believe this pic was taken at the now defunct TC’s which means the fact that I wasn’t 21 meant nothing there…LOL!  PLEASE note the awesome old school Miller Lite can and the nasty cigarette in my hand.  OMGEEEEE!

I believe this was one of the first nights I realized Abby wasn’t at ALL the person I believed her to be in high school…and thus our college friendship bloomed … this was taken at the old 5 Points Music Hall…may it rest in peace AGAIN. 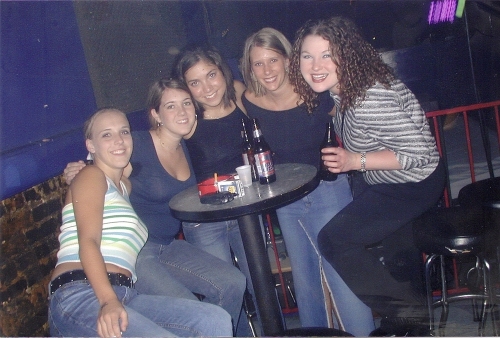 Next we have a couple of me and my other partner in crime…Tracy!

Okay last but not least I went a bit further back…to high school.  Here are a couple of me and one of my best friends from high school, Mandy.  We WERE partners in crime…literal crime a time or two I’m sure.  I think there are still some stolen street signs in my mother’s attic that we jacked on random boring Clanton nights.  Oh the memories…”POP THE BOOT!!!” 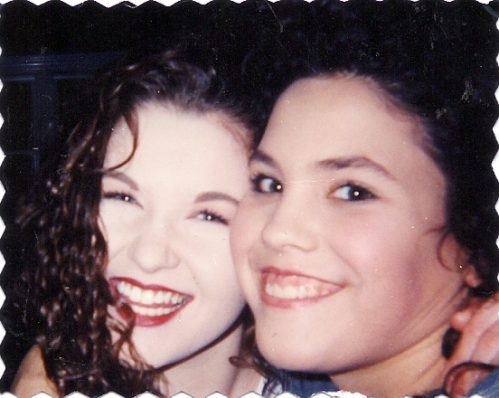 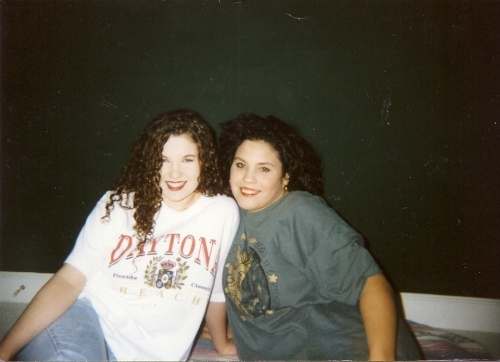